The working relationship between singer Jose Chameleone and his manager Sam Mukasa has taken an ugly twist for the worst after what the Badilisha star says was a bad decision of signing him on with Nigerian singer Davido for their botched battle of the Titans that was held at Kyadondo rugby grounds on Friday. 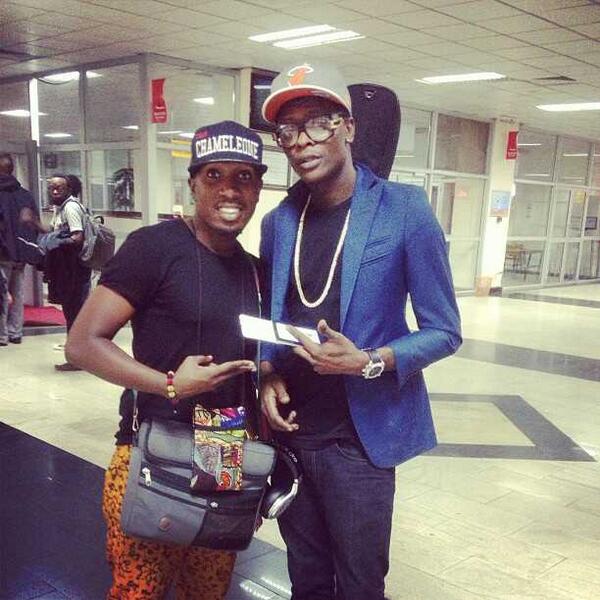 It is said that the show which was organized by Forward Legacy promotions was from the word go a fully fledged flop and matters got worse after the Thursday standoff between KCCA and the event organizers.

Our pry on the scene estimated the show to have pulled about 400 people and our source in the Leone Island camp intimated that Chameleone was so disappointed with the turn up the he initially refused to perform.

Arguing that he could not sing to the very few people in attendance, Chameleone was convinced by his manager Sam who claimed that if he was not going to perform then they had to cough up the initial deposit of Shs6m.

Our source informs us that it was at this point that the singer let the cat out of the bag when he reminded his manager that he had refused to be part of the show but was forced to commit after Sam took the deposit against his(Chameleone) wishes.