This is not the first time Desire Luzinda is rising against cyber bullying and she believes that her daughter was subjected as a sex object after Galaxy FM shared her photo with an insensitive headline.

Immediately, the internet went wild about the photo and the caption. For some, it was a surprise of how fast Michelle has grown and for others it was a shame that such a headline was being attached to an underage child’s photo.

When Desire Luzinda saw the story, she was shocked and in her own words “heart broken” that a journalist would go that far in subjecting her child to prejudice.

“When everyone else can post their children without being subjected to prejudice and saying you’re the one who started it for yourself. Imagine a repugnant journalist subjecting a minor to a sex object, I am heart broken” said a rather hurt Desire. 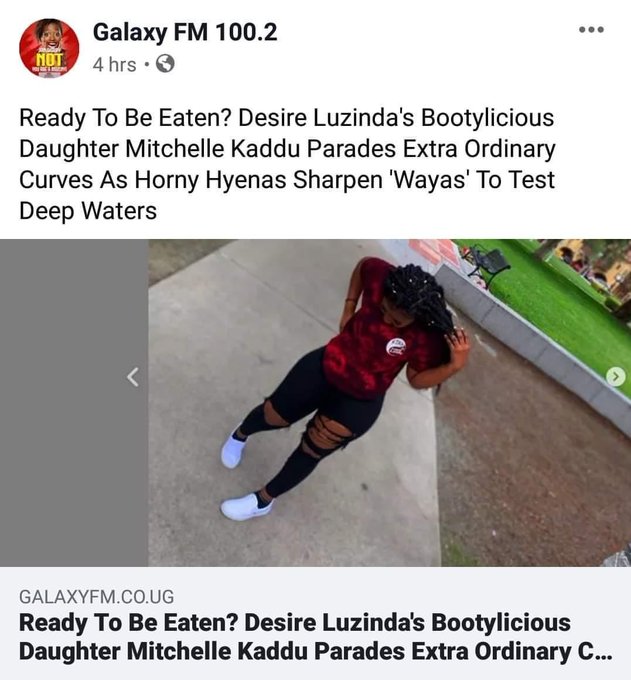