Lockdown restrictions were emphasized by President Museveni on Sunday saying schools, gatherings, bars were to close for 42 days though the bars had never opened since the first lockdown.

The president’s guidelines must have fallen on some deaf ears as revellers hit the bars and partied their worries away even beyond curfew time on Wednesday many ignoring social distancing rules and curfew rules. 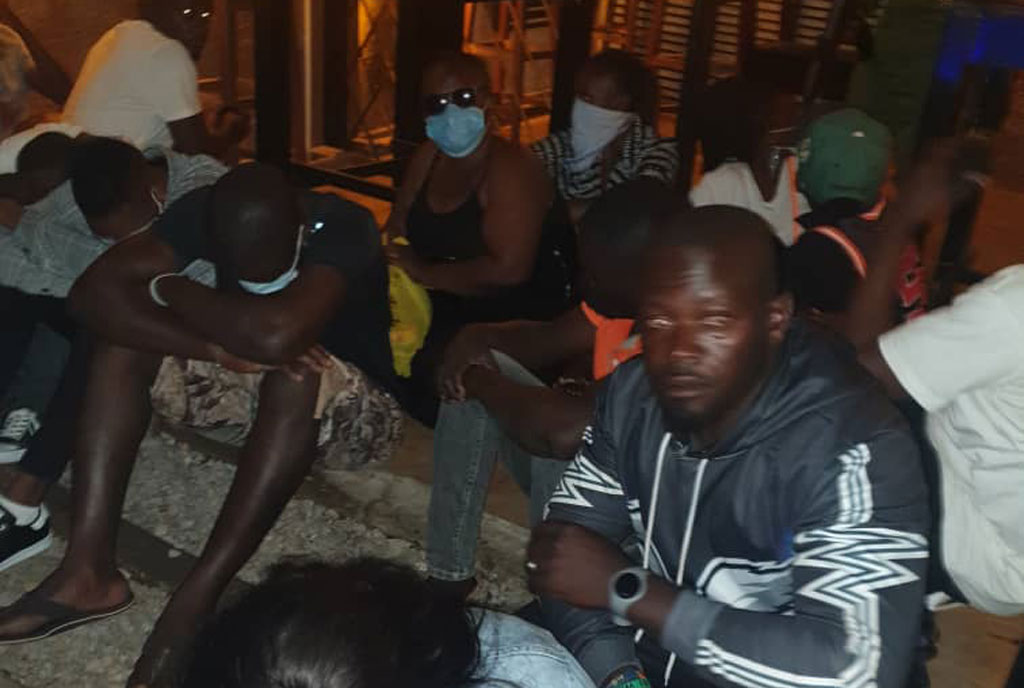 The operation started from Levels Lounge Located in Kamwokya where 36 people were arrested.  The suspects include 14 women and 22 men. They are currently detained at Kiira Road Police station on allegations of doing a negligent act likely to spread an infectious disease.

Another operation saw 50 people arrested from the Garage Bar located in Ntinda Kigowa.  They are currently detained at different police stations in the division and will also be arraigned in court today for fines.

During his address on the state of the new Covid-19 surge in the country, President Museveni emphasized structured measures to help curb the spread of the virus.

Public gatherings, concerts, house parties, bars, and nightclubs were to continue to be closed for 42 days starting Monday 7th June 2021.

Over 86 revellers were arrested at Levels Lounge Bar, Kamwokya and The Garage Bar in Ntinda, Kigowa on Wednesday 9th June, 2021 while partying past curfew time.

50 more revellers were later arrested in Ntinda, Kigowa at the popular Garage Bar after a tip-off by a one “Mr. Vibe” on Twitter.

Police announced that all those arrested were detained at different police stations at respective divisions as the await to be arraigned in court on Thursday.

We shall arraign them in court for penalties on allegations of doing a negligent act likely to spread an infection of disease as we await the fine structure from the Ministry of Finance.