Uganda Cranes have lost 3:2 in the friendly match against South Africa played on Thursday 10th June,2021 at Orlando Stadium in Johannesburg, South Africa.

The match, the first since the Cranes qualification for Africa Cup of Nations (AFCON) 2021 ended in a fiasco and one on which a rebuilding process started has not ended well for the match changed side of Abdullah Mubiru. 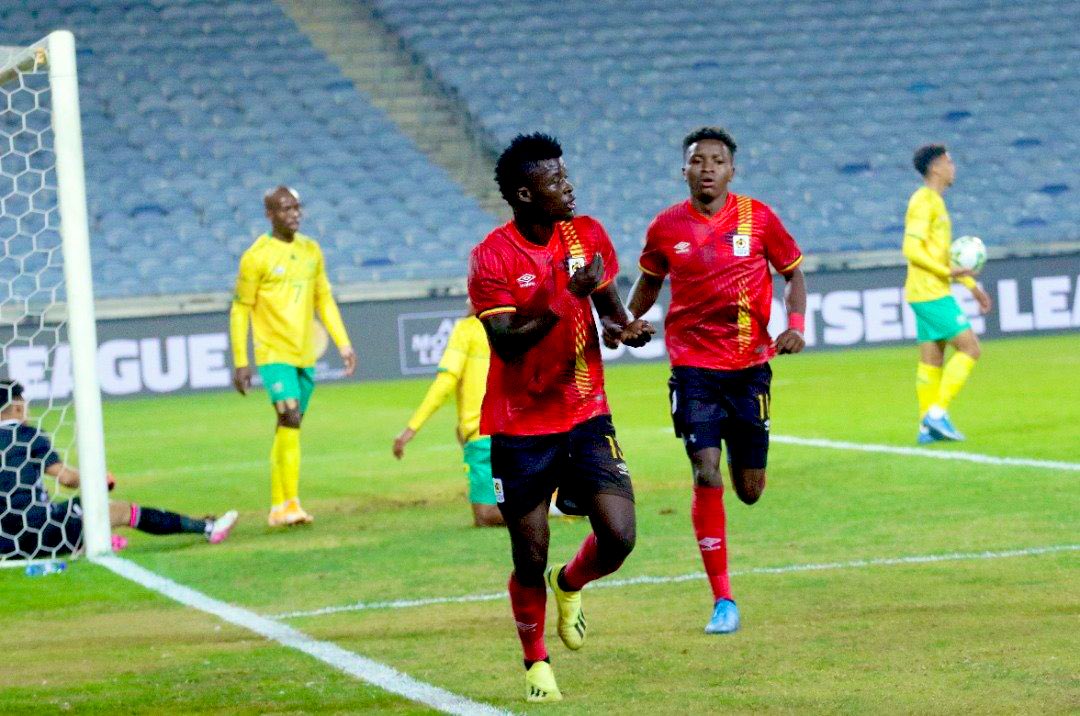 It was Vipers’ Ibrahim Orit who put the Cranes ahead in the 18th minutes off a well laid ball by captain Emmanuel Okwi.

However, The “Bafana Bafana” side rallied on the second half and gathered momentum that saw the hosts equalize in the 62nd minute through Evidence Makgopa. The player went ahead finish his brace in the 83rd minute to make it 3:1 after Bongokuhle Hlongwane had given South Africa in the 67th minute.

Uganda had revived hopes of a point when Abdul Lumala scored a second for the Cranes in 90th minute but it was too late for the Abdullah Mubiru coached side to fight for a point.

The process for building a new Uganda Cranes team started on a sour note though there were some positives to pick in the side that squandered chances.

In goal, there was unusual suspect Ismail Watenga starting in for usual suspect Dennis Onyango who announced retirement from international football in April.

Vipers SC’s Paul Willa started in the right back whereas Montreal Impact’s Mustafa Kiiza Started at the left back. Ibrahim Orit and Allan Okello both stated with Abdul Lumala starting on the bench.

URA FC’s captain Shafiq “Kuchi” Kagimu was also given a starting berth in the mid-field and didn’t disappoint.

Uganda are now preparing for World Cup Qualifiers and will play away from home to Kenya September 1st, 2021.